Understanding the spikes of the neurons

What is a neuronal spike?
Neuronal spike is an electrical signal generated by a neuron. Neuronal cells have a membrane potential which means that the electric charge (expressed in voltage) is not the same on both side of its membrane. This is due to the difference in ion concentrations on external versus internal side of the membrane.

When a signal is transmitted through the neuron, practically that means that ions are travelling across the membrane, parallel to the direction of the changing electrical signal along the membrane.

The initial trigger for neuronal spiking is an electric or chemical (e.g. ion or neurotransmitter) signal changing neuronal membrane potential. If the change is large enough (above a certain threshold), the signal will be propagated to the other side of the cell. 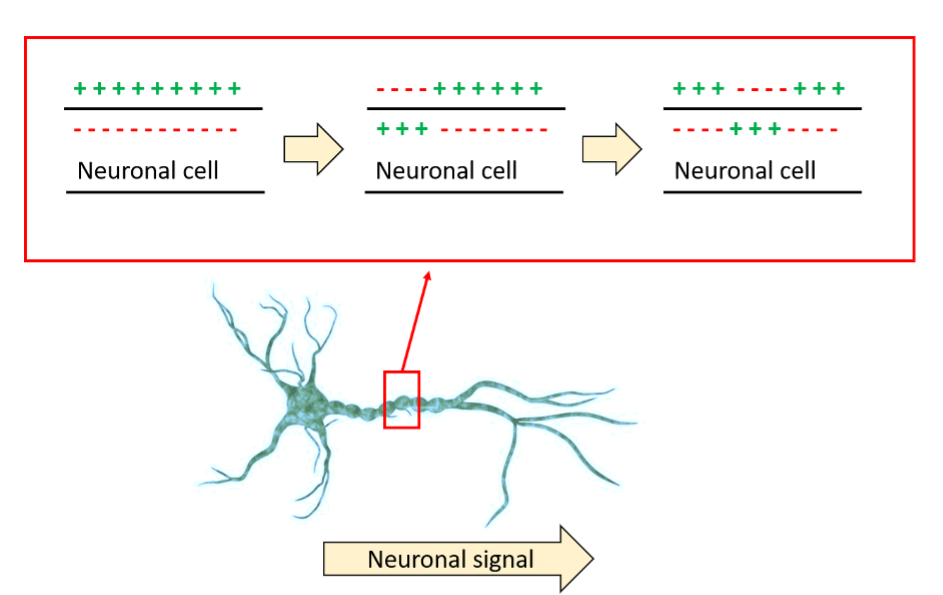 Fig 1. A schematic overview of how ion crossing the neuronal membrane allow the transmission of an electric impulse through this membrane.

Below is a typical shape of a voltage change versus time in the neuronal membrane during the occurrence of one single spike: 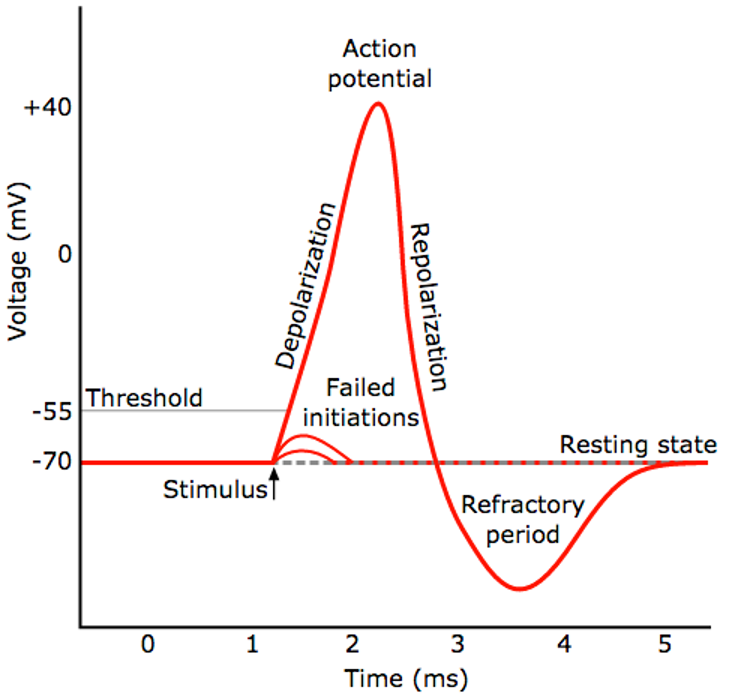 Fig 2. An example of a neuronal membrane voltage changes over time during a single spike. Once a stimulus passes the threshold value, a sharp change in voltage (action potential) occurs. This is followed by a short refractory period before the membrane voltage comes back to the resting state, in other words, ion concentrations come back to the resting state on both sides of the membrane. Image source: https://www.kurzweilai.net/ibm-scientists-emulate-neurons-with-phase-change-technology

Multiple spikes can be depicted as spike trains, indicating the frequency of peaks occurring over time. In our lab, we register spikes in real time, live demonstration is available on our website: bioserver.net/live/.

Fig 3. An example of Biological Neural Network activity measured on 20th Aug 2020. In the upper left corner we have schematic view of the multielectrode plate layout, on which neurons are living, with the numbers indicating the electrode ID.

Neuronal spikes can be recorded in two main ways:

We can distinguish 2 main types of neuronal spikes:

We can design electrical stimulus by adjusting the voltage and duration of the signal, for example: 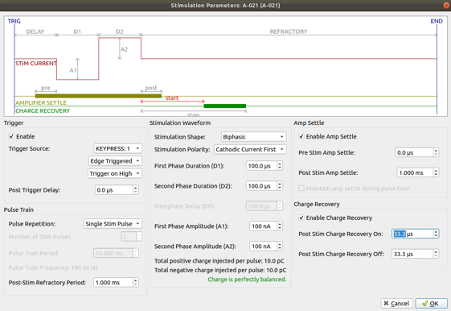 Fig. 5. An example of a design of an electrical signal to stimulate neuronal culture.

A consistent model for online recording and stimulation of neuronal activity opens opportunities for wider studies on neuronal signalling.

Understanding the meaning of the neuronal spikes.

We can distinguish two approaches to this problem:

Both approaches are being used in neuroscience to explain the meaning of neuronal spikes [2, 3]. Both ways of thinking have some advantages and disadvantages. Stochastic approach is more feasible for the experimental analysis, however it is also a simplified view of the problem. Predictive homeostasis approach could be more informative but also requires more elaborate experimental setup, which is not always feasible to apply, especially in vivo. However, this way of thinking, reminds us of the importance of ensuring stable health of the cells in culture in order to ensure the reproducibility of the experiments.

Whether on a statistical or more mechanistic level, we are always trying to work with two main phenomena:

Being able to control these complex relationships allows us designing systems which behave in a particular way, for example to further improve the design of: